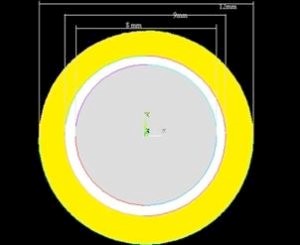 Fig. 2 shows the side view of the disc bender element and shows
the other dimensions and materials not shown in Fig.1.

These disc bender elements are placed between two layers of
patterned conducting foils. The conducting foil is patterned similar to the arrangement of the keys in a notebook or a cell
phone keypad (or other portable devices for which the set-up is being used), that is, the foil will have conducting material
deposited wherever the keys are placed in the device.

Fig.3 shows the top view of an approximate foil. The pattern shown in the
diagram is only an example and the actual pattern will depend on how the keys in the portable device are placed.

Fig. 5 shows the circuit diagram of the charging circuit. The AC-type power generated by the piezo element upon exertion of pressure by the user
is converted into DC power by the rectifier circuit shown in Fig. 5. This power charges the capacitor shown in the figure. The
capacitor used here has a capacitance of 1000 µF for charging a Li-ion battery set (of two) of a notebook. The capacitor
specification will vary depending on the portable device that is being charged. Pre-charge the capacitor before
typing.